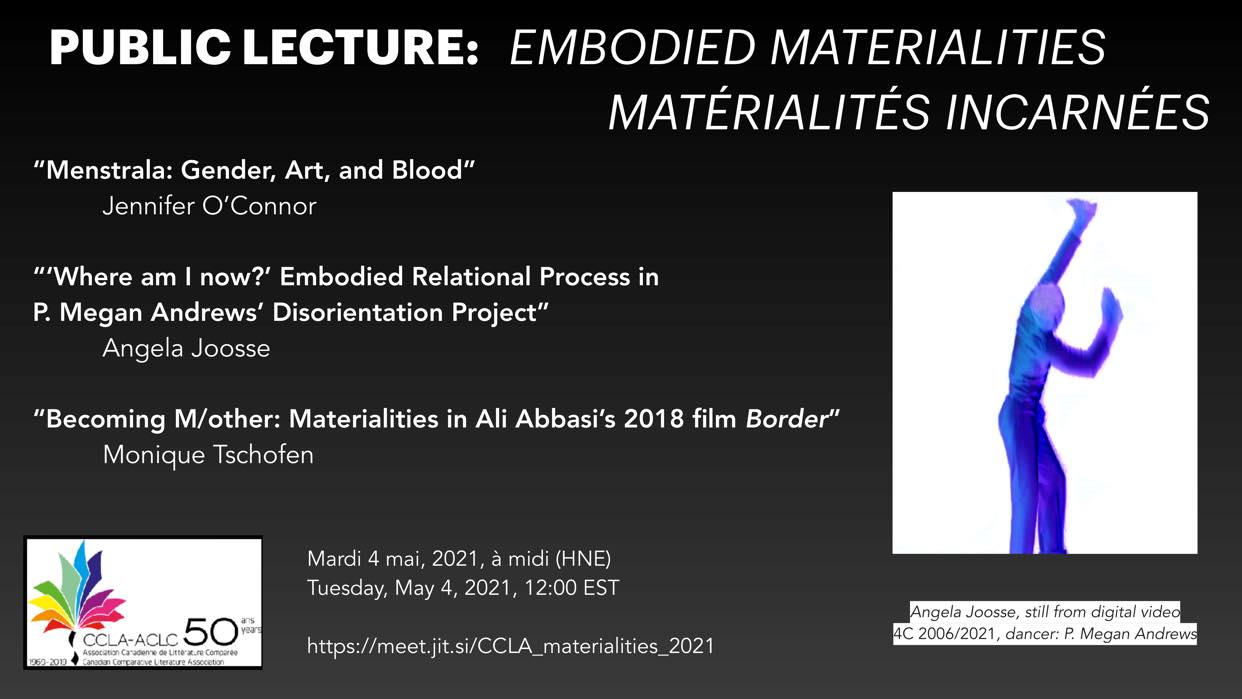 Lucia Floridi's conference : Straton of Sardis and the Love of Boys

Initially conceived for strictly practical reasons, users’ profiles have little by little become unexpected spaces of self-expression and writing. This project aims to understand this new profiling structure, in order to analyze the theoretical and aesthetic issues at play.

Marcello Vitali-Rosati, « The Chiasm as a Virtual - A Non-Concept in Merleau-Ponty’s Work (with a Coda on Theatre) », in Merleau-Ponty and the Art of Perception, North Carolina University Press, 2016.

Philosophers and artists consider the relevance of Maurice Merleau-Ponty’s philosophy for understanding art and aesthetic experience. This collection of essays brings together diverse but interrelated perspectives on art and perception based on the philosophy of Maurice Merleau-Ponty. Although Merleau-Ponty focused almost exclusively on painting in his writings on aesthetics, this collection also considers poetry, literary works, theater, and relationships between art and science. In addition to philosophers, the contributors include a painter, a photographer, a musicologist, and an architect. This widened scope offers important philosophical benefits, testing and providing evidence for the empirical applicability of Merleau-Ponty’s aesthetic writings. The central argument is that for Merleau-Ponty the account of perception is also an account of art and vice versa. In the philosopher’s writings, art and perception thus intertwine necessarily rather than contingently such that they can only be distinguished by abstraction. As a result, his account of perception and his account of art are organic, interdependent, and dynamic. The contributors examine various aspects of this intertwining across different artistic media, each ingeniously revealing an original perspective on this intertwining.

My initial engagement with and understanding of the expanded practices of Conceptual writing is situated within a particular geography — Denendeh, or the Northwest Territories of Canada — during the proposed Mackenzie Valley Gas Project hearings held throughout the territory. The purpose of the proposed pipeline was to pump natural gas from Arctic Ocean reserves south across the entire territory to Alberta, where it would fuel the production of tar sands oil. Many considered the project to be “basin-opening,” meaning that it would serve as a main artery for dozens, if not hundreds, of smaller pipelines that would tap into it, accelerating the infectious spread of Alberta’s boom-and-bust petro-economics throughout the North. [...]

Questions relating to the author in the digital era constitute a major social issue that concerns entire communities of writers and readers. Since authors are the authority, how can we rethink the process of validation and legitimization of literary content published online today?

Lightium is a super-simple website organized in a “Category / sub Category / item” hierarchy.

The editorialization of the self

This paper is the result of eight years of work on the concept of editorialization that was done in the context of the international seminar “Écritures numériques et éditorialisation”, which I have been co-organizing with Nicolas Sauret since 2008. I propose a definition of editorialization as the set of dynamics that produce and structure digital space. These dynamics can be understood as the interactions of individual and collective actions within a particular digital environment. Starting from this definition I try to describe how authority works in digital space.

No event to come